Where Trucks Are Not Allowed in Illinois 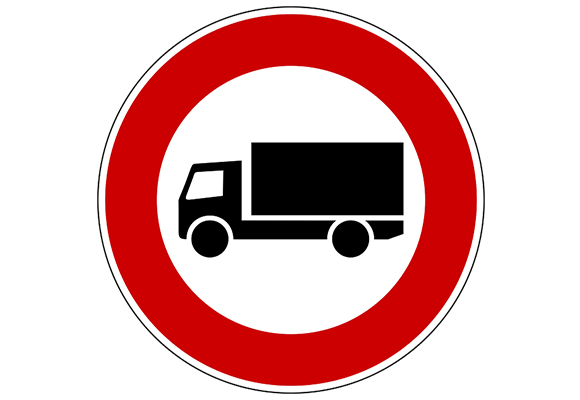 Cities are allowed to restrict trucks from driving on certain streets or roads in Illinois, and when truck drivers violate these laws and cause accidents, they may be liable to pay damages to compensate the injured victims. Cities and other local governments are able to forbid trucks from driving on certain streets by restricting them based on their weight. These rules are meant to prevent large trucks from using residential areas to cut through to larger roads. When a truck driver cuts through a residential area, residents are placed at risk of being injured and damage may be caused to the streets. A truck accident lawyer may represent victims who have been injured by trucks when the trucks were in prohibited areas.

In Illinois, when a driver commits a traffic violation and injures someone as a result, the injured victim may enter evidence of the driver’s violation of the law into evidence for the court’s consideration. A traffic ticket is viewed as prima facie evidence of negligence in the state. This does not mean that the ticket alone will be enough for a finding that the driver was negligent and thus liable, however. The plaintiff will also need to be able to show that the driver’s traffic violation was the proximate cause of the resulting accident and injury. In the case of a truck driver cutting through a residential area and causing an accident, the injured victim’s truck accident lawyer may get copies of the citation that the driver received so that the attorney may enter it into evidence on behalf of the plaintiff.

Cities are allowed to keep trucks out of certain neighborhoods and off of certain streets because of the risks they pose to others. When drivers violate these laws, they risk causing serious accidents and injuring others. A truck accident lawyer represents victims to help them recover damages.