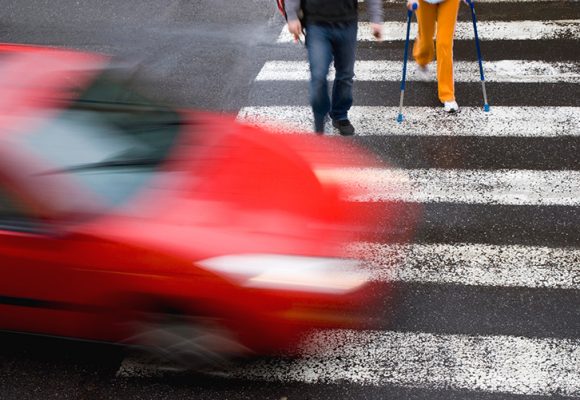 Illinois state law mandates that motor vehicles stop for pedestrians, but drivers in and around Chicago don’t do it. The research to support this finding comes from Active Transportation Alliance, an automobile-alterative advocacy organization. The study suggests that two main reasons for driver non-compliance are ignorance and lack of law enforcement.

The state law that requires drivers to stop when a pedestrian enters a crosswalk went into effect in 2010. The observational study revealed about 18 percent compliance from drivers at standard painted crosswalks, and only five percent at unmarked crosswalks. In Chicago, an attorney who represents pedestrians knows that a crosswalk is defined as the place where a sidewalk meets a street. Painted markings are not essential. There were no traffic lights or stop signs at any of the 52 locations used for the study. Driver compliance rose to 61 percent at crosswalks that had painted markings along with additional safety components. Extra safety features included the following:

The Illinois Department of Transportation reports that of the over 4,700 crashes involving pedestrians in the state in 2012, 130 resulted in fatalities. IDOT further reports that 84 percent of the incidents and 69 percent of pedestrian deaths happened in Chicago. A Chicago attorney familiar with pedestrian accidents may know that in 2012, fatalities for people on foot in the city made up over 30 percent of all traffic-related deaths. While the study by the Active Transportation Alliance provides no strict scientific data, it underscores IDOT data from 2009 that show that pedestrians are particularly vulnerable to injury and death from motor vehicle crashes.

Chicago law enforcement are trying to address the issue. The department plans regular enforcement stings to catch drivers who ignore or are unaware of the law that vehicles must stop, not simply yield to, pedestrians. According to the Chicago Tribune, officers handed out upwards of 1,200 tickets in 2014 for endangering pedestrians by failure to stop at a crosswalk. City officials say they would like to cut pedestrian-related incidences by half over the next five years, and work toward none in the five years after that.

Continue to use caution

Walkers, cyclists and other non-drivers still face plenty of challenges on urban streets. If you have been injured in an incident involving a motor vehicle, a Chicago attorney who works with pedestrians may be able to help recover your losses.