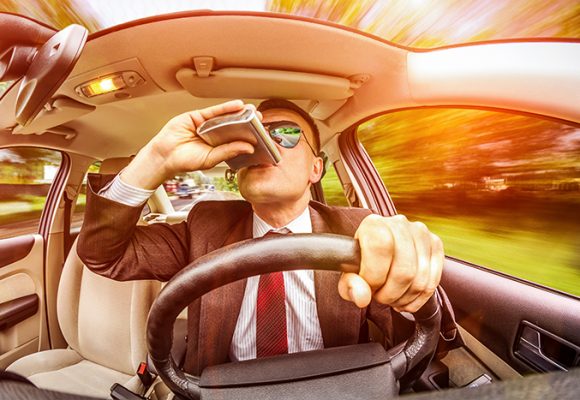 The dangers associated with drinking and driving are among some of the most well-known driving facts around the nation. Despite this widespread knowledge, an Illinois car crash attorney may be inundated with claims involving inebriated motorists each year. Although not an isolated incident, a recent fatal accident in Illinois highlights just why driving under the influence is so deadly for motorists and all those around them.

According to CBS Chicago, a Bridgeview, IL man was recently driving his pickup truck on I-80 in the early morning when he failed to stop in time to avoid colliding with a semi-truck parked on the shoulder of the interstate. The impact caused the truck to rebound into active traffic lanes where it crashed into another motorists driving a sedan. All three drivers were taken to a local hospital with non-life-threatening injuries, but the pickup driver’s passenger was not so lucky. The 26-year-old man from Bridgeview was pronounced dead at the scene as a result of his injuries. The pickup truck driver was charged with aggravated DUI for causing the fatal accident.

The statistics associated with drunk driving should not shock an Illinois car crash attorney. According to Mothers Against Drunk Driving, Illinois experienced 321 drunk driving fatalities in 2012, which comprises 34 percent of all traffic deaths in the state that year. Nationwide, motorists fared only slightly better. According to the Centers for Disease Control and Prevention, 10,322 people died in alcohol-related car accidents in 2012, which accounts for 31 percent of all traffic-related deaths in the nation.

Additionally, the CDC reports that nearly 30 people die each day in the U.S. due to accidents caused by drinking and driving, roughly one every 51 minutes. Even with this staggeringly high number of accidents and fatalities, motorists continue to act negligently by getting behind the wheel of a car while inebriated. In a 2010 survey, individuals reported 112 million episodes of drunk driving. However, these episodes only led to 1.4 million DUI arrests that year, showing that only 1 percent of impaired drivers are actually caught and face criminal repercussions for their actions.

Those most at risk

Not everyone has an even likelihood of being involved in an alcohol-related accident. The CDC reports that young people with all blood alcohol levels are at an increased risk of having an accident than for older individuals. Roughly 32 percent of accidents with drivers who had blood alcohol content levels greater than 0.08 percent in 2012 involved youths between the ages of 21 and 24. As a person ages, their likelihood of being in an alcohol-related crash goes down.

No matter their age or the circumstances, all individuals who have been involved in a DUI accident should contact an Illinois car crash attorney for assistance with their matter. They have the tools and experience necessary to help families heal and receive the compensation that they need.