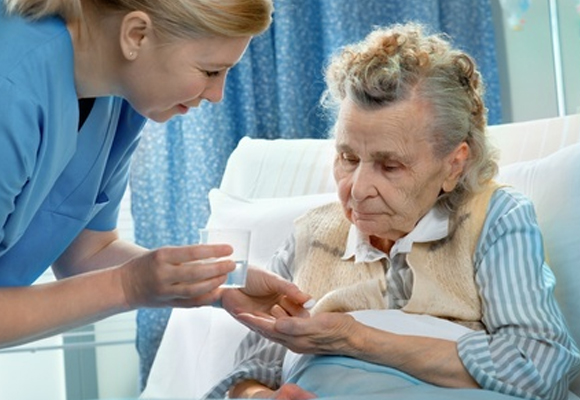 Families who place their elderly loved ones in a nursing home simply want them to receive the best possible care. All too often, however, these elderly patients are left in terrible circumstances in which their health care workers fail to provide for even their most basic needs. In some shocking cases common to any Illinois nursing home abuse attorney, families are learning that their loved ones are being given dangerous medications that they do not need. According to the American Association of Retired People, many nursing homes give antipsychotics to a large percentage of their patients in order to chemically subdue them and make them easier to handle.

The AARP reports that a Ventura, CA family recently lost a family member due to the dangerous practice of administering unnecessary antipsychotics. The elderly matriarch broke her pelvis and was sent to the nursing home for rehabilitation. At the time she entered the home, she only took medication to treat her cholesterol, blood pressure, and an inhaler to treat pulmonary disease. She could also eat, walk and dress herself unassisted. Eighteen days later, when the 79-year-old was discharged from the facility, her son said she was unrecognizable. She could no longer walk, her speech was garbled, and she sat slumped in her wheelchair and chewed on her hand. A short time later, the woman was dead.

The woman’s son and A Ventura County Superior Court judge determined that she received medication that neither she nor her family had authorized, including antipsychotics. The family received a large settlement for the blatant negligence and unjustified loss of their mother with the help of an Illinois nursing home abuse attorney.

Not an isolated incidence

According to the AARP, what happened in Ventura happens all over the nation every day. They report that as many as 20 percent of nursing homes regularly give patients unprescribed antipsychotics. The Office of the Inspector General of Health and Human Services also found that 14 percent of residents at nursing homes had Medicare claims for antipsychotics while only 17 percent of those claims were actually for the treatment of schizophrenia or bipolar disorder, which the National Institute of Mental Health describes as their only approved use.

These intentional medication errors often have alarming side effects for the elderly, including dizziness, rapid heartbeat, drowsiness, skin rashes ad blurred vision. Elderly patients who receive the drugs are twice as likely to develop pneumonia, three times more likely to have a stroke and two times as likely to die.

Warnings from the FDA

The FDA has issued a black box warning through a Public Health Advisory in which it states that these drugs are not to be used on elderly patients with dementia as a form of behavioral control due to the potentially dangerous side effects. However, despite the known risks it is common for an Illinois nursing home abuse attorney to see many of these cases every year.