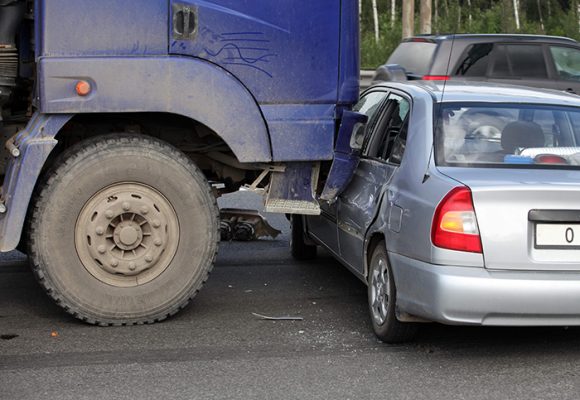 Commercial truck drivers in Illinois who knowingly break the rules may soon face harsher penalties for their careless actions. The Quad-City Times reports that the Illinois House recently approved legislation to stiffen punishments against truck drivers responsible for the serious injuries or deaths of emergency responders or toll workers, among others.

If approved, the new legislation would make it a Class 2 felony for truck drivers to hit and kill someone, an offense punishable by three to seven years in prison and fines as high as $25,000. A Libertyville injury lawyer knows that this legislation is among several new proposals intended to counter dangerous truck-driving behaviors and ensure safe driving practices in Illinois.

A number of recent high-profile trucker-involved accidents in the state played a key role in the call for stiffer penalties, as did rising concerns about insufficient sleep among truckers. According to the Illinois General Assembly, another proposed legislative change involves harsher punishments for commercial drivers who willfully violate hours of service regulations if serious injury or death of another results.

Currently, commercial truckers are expected to keep a written log of how they spend their time, but a Libertyville injury lawyer knows the information recorded in these logs is sometimes false. Under the proposed new legislation, truck drivers who cause the serious injury or death of another while in violation of their hours of service will face a Class 3 felony. Anyone other than the driver who commits the same offense would face a Class 2 felony.

The Quad-City Times details an additional law expected to take effect this year that will require all drivers to track their working and sleeping schedules using electronic logs. Truck drivers are expected to follow predetermined federal and state guidelines to ensure they receive adequate sleep, and the electronic logs indicate any infractions in hours of service. These infractions can then be dealt with swiftly, and the drivers can be held accountable for their actions. Failing to properly update the log will be a violation in and of itself, and is expected to result in additional penalties for the driver at fault.

While the proposed legislative changes work their way through the Illinois General Assembly, a Libertyville injury lawyer advises motorists and emergency road workers to exercise caution when driving near commercial trucks. Those who have been victims of a commercial-truck involved accident are advised to consult an attorney.