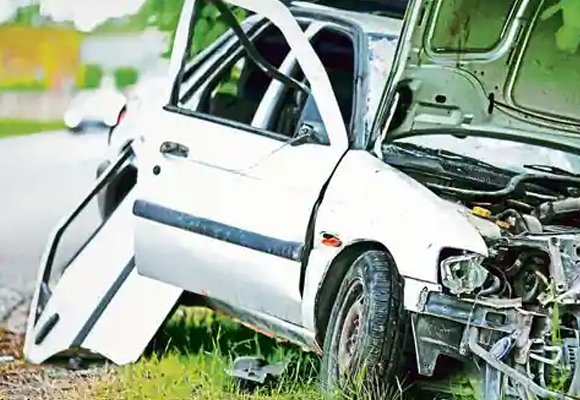 Nazmi Nomat never saw it coming. In October 2009, he was driving through an intersection in Hazel Crest when his car was struck by a van making a left turn–and his life was turned upside down.

The damage to Nomat’s car was the least of his problems. He suffered debilitating injuries to his back, shoulder and ankle. He incurred medical expenses that totaled more than $900,000. He couldn’t work and lost more than $1 million in income. He was in pain and he suffered, according to a lawsuit he and his Chicago car accident attorneys filed against the owner of the van and its insurance company.

A jury awarded him $3.5 million dollars, but that didn’t end his ordeal.

On appeal, a three-justice panel of the Illinois First District Appellate Court threw out the verdict. To make matters worse for Nomat, the insurance company he had sued filed a countersuit against him, saying that his claim of lost wages was the equivalent of insurance fraud. The insurance company claimed that Nomat had not actually worked for more than a year prior to the crash, and when he did work, he made less than $30,000 a year.

The saga continued for Nomat, whose only goal was to get his life back on track.

There were trials and testimony. There were calls for new trials and disagreements about which expert witnesses could and could not testify again. There were decisions levied by justices that indicated the trial court had abused its discretion.

And all the while Nomat waited for justice.

Nomat’s saga is a reminder of just how complicated legal battles can become and why it is so important to look carefully at car accident attorneys in Chicago and ensure that lawyers have experience, knowledge and a track record of success.

The right attorneys will put the pieces of the puzzle together and help clients understand negligence, intentional misconduct and product liability. They will clearly explain the best options available–and then fight to ensure that clients get the judgment needed to put their lives back together–and as Nomat’s case clearly shows, it can be a complicated puzzle that includes lost wages, medical expenses and more.