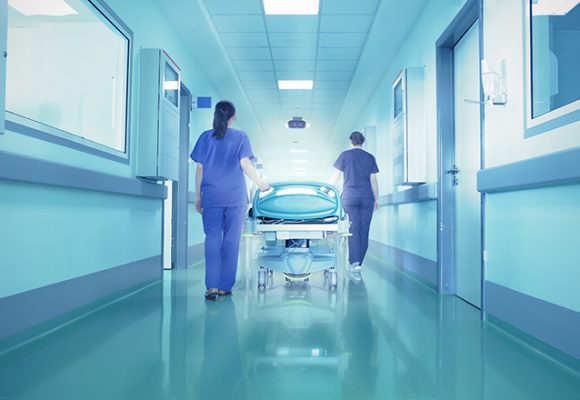 Those who undergo treatment in a hospital setting in Chicago are often unaware of the potential dangers they face as patients. Hospital workers continually make many mistakes, many of which can have devastating consequences.  Bloodstream infections are one such consequence. Patients being treated for other severe conditions in the hospital are particularly susceptible to contracting this potentially deadly condition, but doctors and hospital staff often fail to take the necessary precautionary measures to prevent it from occurring.

Sepsis, the medical term for blood-acquired infections, can rapidly become life-threatening. According to the National Institute of General Medical Sciences, the condition is caused primarily by a bacterial, viral or fungal infection in one or more parts of the body. The infection spreads using the bloodstream, and the body’s immune system responds by releasing chemicals throughout the body. The blood will often clot, reducing the amount of blood flowing to the limbs and internal organs. If left untreated, this will eventually lead to septic shock, where a patient’s blood pressure drops to dangerous levels and multiple organ failure sets in, causing death.

Any type of infection can lead to sepsis, but some are more common than others. Hospital errors often cause patients to contract pneumonia, urinary tract infections, cellulitis and surgical wound infections, all of which are common causes of sepsis.

Improper hand sanitation practices is one of the major causes of infections in the nation’s hospitals. A recent study published in the American Journal of Medical Quality determined that healthcare workers adhere to proper hand sanitation programs in only 36 percent of cases. That number decreases to 26 percent in the nation’s intensive care units, where sepsis is most often found. Without hand sanitation, infections can easily be spread from patient to patient through caregivers.

Catheters are also a common source of infection that can lead to sepsis. Doctors often place central line catheters in patients in order to draw blood, give fluids, and give medications. If the catheter is placed improperly, without proper hand sanitation, or if left in a patient for too long, it can lead to infection. The same is true for urinary catheters, which sit inside the bladder to allow it to drain without action from the patient.

Following surgery, many patients are particularly susceptible for developing bloodstream infections. If a doctor accidentally nicks a patient’s bowels, deadly bacteria could leak into the patient’s abdomen, eventually causing sepsis. Surgical sites are also potential sepsis starting points. If these wounds are not cared for properly, they can easily become infected and lead to an infection in the blood.

Each of these conditions are horrible for the patient enduring them. Those who have been affected by a hospital-acquired blood infection may be entitled to damages, including pain and suffering, and should contact an Illinois medical malpractice attorney.