Driver Fatigue Remains a Leading Cause of Trucking Accidents 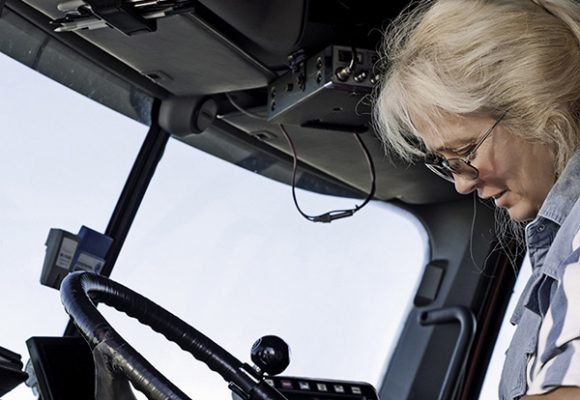 Hardly a week passes when the headlines of the nation’s newspapers don’t feature at least one serious truck related accident. Whether they involve famous individuals such as the accident that nearly took Tracy Morgan’s life, or simply a family on their way to a vacation, many of these accidents can be tied directly to driver fatigue.

Under current regulations, truck drivers carrying goods may not drive more than 11 hours per day, and can not be on duty for longer than 14 hours per day. Further, drivers are required to take a 30 minute rest every eight hours. They must also have at least 10 consecutive hours off-duty between their shifts. Passenger carrying drivers may only drive for 10 hours, and must have 8 consecutive hours off-duty between their shifts. Exceptions to this are short-haul drivers. Throughout the week, drivers may not drive more than 70 hours every 8 days, with a break of not less than 34 hours between each 8-day cycle.

These regulations are intended to ensure that truck drivers are rested and alert as they carry their cargo down the road. This keeps truckers and other drivers on the road safe. That is why the recent attempts to increase the amount of time truckers can operate their vehicles is concerning. Presently, there is a movement in Congress being led by the American Trucking Association to allow drivers to drive up to 82 hours per week. Such an increase would allow drivers contracted to large trucking companies to make more trips, but would certainly increase the risk of fatigue and the stress truck drivers are already struggling with.

Compounding this are attempts by heavyweights within the trucking industry to roll back investment for monitoring equipment within trucks. These wireless technologies and collision avoidance devices would make it easier to monitor how long drivers are driving and the overall condition of their vehicles.

These improvements are designed to protect truckers by ensuring their vehicles are not only operating properly, but that their drivers are not being overworked by their employers. Attached to this are attempts to reduce the legal driving age of commercial vehicles from 21 to 18. Such a move would put younger, less experienced drivers at considerable risk of accident or injury.

The concern amongst truckers is very real. From 2009-2013, truck-involved crashes rose 17%. According to the Department of Transportation, approximately 4,000 people die in truck related accidents; many of which were the direct result of driver fatigue. Thus, it doesn’t take a Chicago truck accident attorney to piece together the fact that exhausting overworked drivers even further will lead to an increase in truck related accidents in the future.

Nationwide, the trucking industry generates over $700 billion in revenue and carries more than 69% of all domestic freight. Industry leaders argue that longer work weeks will allow the industry to transport more goods, thus stimulating the economy even further. However, that stimulation will come at a serious cost to both truckers and other drivers on the road.

Indeed, a 2011 study conducted by Penn State University showed that the potential for accidents involving large trucks skyrockets during the 11th hour of driving. Therefore, should regulations be amended to allow for 12- hour driving days or longer, there will quite literally be a “witching hour” that could put an increased number of truckers and private passenger vehicles at risk for accident, injury, and even death.

In addition to vehicle involved accidents, the increases in working hours the industry is pushing for would put truckers at increased risk of job related injuries. Exhausted drivers unloading their loads at loading docks and terminals across the country would be placed at an increased risk for slip and fall accidents, etc. As a point of fact, the vast majority of workers compensation claims filed by truckers are not from vehicle-vehicle accidents, but as the result of injuries sustained loading and unloading their freight.

Should new regulations be adopted by the government that allow drivers to work longer hours, there is no question that trucking companies will take advantage of this. They will no doubt push drivers to their physical limits and in the process increase rates of fatigue. This will have an exponential effect on the number of accidents and injuries drivers are involved in.

Thus far, the Federal Motor Carrier Safety Administration has resisted efforts to increase the amount of time truck drivers may operate their vehicles throughout the week. They have won several legal challenges in that regard and were able to convince lawmakers to leave it out of last year’s appropriations bill. These renewed attempts to convince Congress to amend the rules are merely a continuation of last year’s efforts. Chicago trucking accident attorneys and truck drivers across the country remain hopeful that Congress will keep the brakes on them this year.